How did governments in the past act to stop the spread of venereal disease? Did legislation reflect medical opinion, and how did it treat the interests represented by women’s or homosexual organizations? How can similarities and differences in national legislation be explained?

In Medicine, morality, and political culture the celebrated historian Ida Blom analyses the political culture of five welfare states – the three social-democratic states of Scandinavia, the conservative German state, and the liberal British state – with a view to understanding how relations between the individual citizen and the state vary. Pointing to important differences between the Scandinavian countries, the book charts the interaction of medicine and sexual morality, indicating the influence – or lack of influence – of medical opinion, and the impact of debates about gender, sexuality, and religion on policies intended to combat venereal disease. Ida Blom identifies the far-reaching consequences of these policies, be they fresh solutions or repeats of past political decisions, and establishes their effectiveness in hindering the spread of disease. 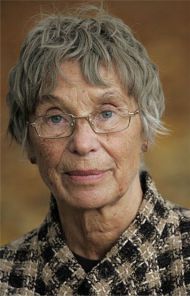